ALLATRA – THE PATH TO FREEDOM. Part one 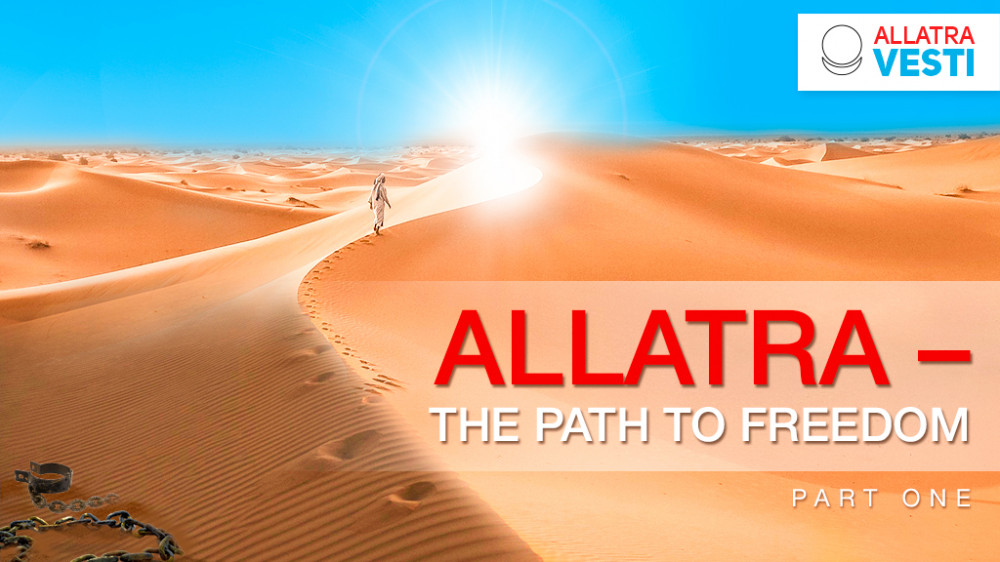 or an occasional wanderer.

Each person, falling into the dungeon of this world, in the depths of his being wants only one thing – to break free! But the problem is that everyone has a different vision of what Freedom is and how to achieve it. Someone sees it in power over others, some in wealth, others in pleasures... However, the only true door leading from the prison to Freedom is one. And this door is inside every human being – it is the Soul!

There's not a lot of kids who haven't dreamed of finding a treasure hunt, and would not have striven to find an ancient map showing the way to the treasure. So did my neighborhood boys and I, after reading adventure books or watching the same kind of movies, dreamed of maps that would lead to untold riches. I even remember hiding something myself and then drawing a map with dotted lines to show the way to the "treasure". What was at the root of this urge to find something unknown, mysterious, unusual? Something that would change life? Something that would make it real and happy? What is each person actually looking for when they come into this world?

There is only one answer – Freedom! Real life! And this answer is the same for all people. Otherwise, the existence of people in this world would be like a Brownian motion of particles. That is, everyone would rush chaotically from side to side. As it is today. And this is so for one simple reason, because we have forgotten what we are in this world for. We have forgotten that this world is not our true home, but only a temporary shelter. And so we fight for the goods of this world like wild beasts, as if we would be masters here forever. But the sacred goal of every human being is to return to the True Home. To our true homeland. For truly we are all but strangers here...

In one form or another, all the Prophets talked about it. For example, Christianity talks about it in this form:

For we know that if the earthly tent we live in is destroyed, we have a dwelling from God, an eternal house in heaven, not built by human hands. Meanwhile we groan, longing to be clothed instead with our heavenly dwelling, because when we are clothed, we will not be found naked. For while we are in this tent, we groan and are burdened, because we do not wish to be unclothed but to be clothed instead with our heavenly dwelling, so that what is mortal may be swallowed up by life. Now the one who has fashioned us for this very purpose is God, who has given us the Spirit as a deposit, guaranteeing what is to come.

The same is said in Islam:

Know that the life of this world is only a game, amusement, luxury, mutual boasting, and competition in wealth and children. This is like rain that causes plants to grow, to the delight of the planters. But later the plants dry up and you see them wither, then they are reduced to chaff.  And in the Hereafter [those who disbelieve] will be punished severely, but [those who believe] will be forgiven by Allah and favoured. Whereas the life of this world is no more than the delusion of enjoyment.

“To trade all of Eternity for only just one instant? What is the point here? To suffer in the arms of the beast’s skin, to serve the clothes decaying day by day. Is life in this? Life is infinite! It has no suffering, it does not tear, for it’s impossible to wear out the Soul. The clothing has no Home; there’s just a closet where it is kept for only a short while. Only the Soul has a true Home. And it’s the Soul that, yearning for Eternity, begets this sense of Home, for which man searches his entire life”.

From “AllatRa” book by Anastasia Novykh

And when one begins to really think about all these words, immersing in the depths of their infinite Wisdom, one clearly understands that this is what it is... this sense of Home, for which person searches his entire life. What words! The whole essence of our being is in them! What is it that each of us seeks, even unconsciously? Only one thing! To return to the True Home! 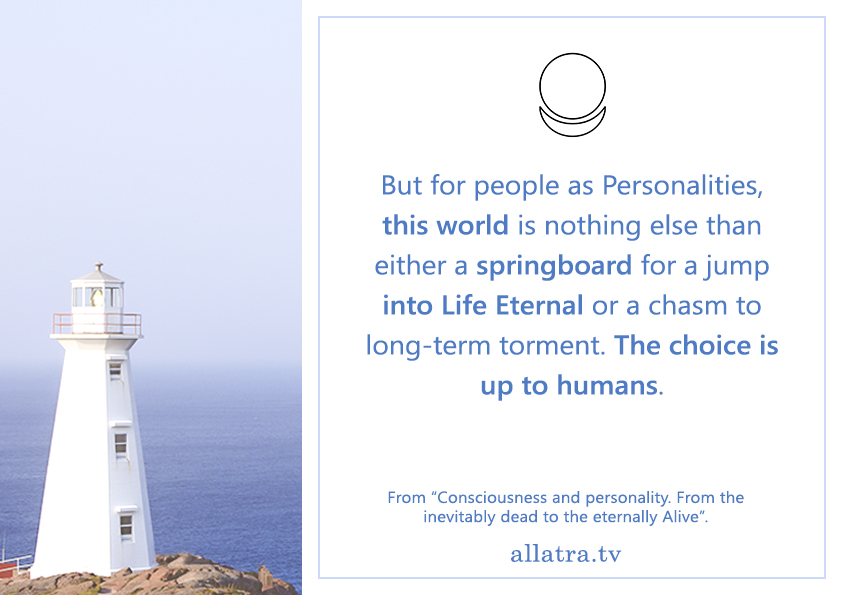 Here I think it is appropriate and very important to emphasize that all of the above in no way means that we shouldn't care about earthly affairs, listening to the arguments of consciousness: "all this is matter, all is perishable and frail, let it go to hell, in short". No way!!! Truly realizing that we are guests here, we won’t harm this world but vice versa. To show and prove ourselves as best as possible – that's what we will strive for. How does a normal, adequate person behave when he is a guest? Does he shit on a table? Excuse me for that example. Or does he allow himself to rape or kill people who are also just like him as a guest? And why do we see all these animal manifestations in this world today? Because we humans have forgotten that we are guests and that we must return to the True Home. We think that if we are here, we should taste everything, try to grab everything, subjugate everyone, subdue or kill those who disagree...Like wild beasts...Though even beasts have more nobility than many sapiens today...

And that is why the Creative Society project is so important today, which creates the conditions for a beast to become a human being in order to become an Angel! And that is why it is so important to make every effort to implement the Creative Society as soon as possible! After all, it is a project for all people on Earth, creating conditions for our civilization not to perish and for people to have the opportunity to grow and return to where we all come from...