"When each of us changes for the better, the world will change."

Such an inspiring understanding was voiced by Mrs. Masami Saionji at the international online conference "Global Crisis. This already affects everyone”.

Mrs. Masami Saionji is co-founder and chairman of the Goi Peace Foundation and President of May Peace Prevail On Earth International. She believes that peace building around the entire world depends on the actions of each individual.

"World peace is not created by a president of a country, or a prime minister, or even a great doctor of science who has studied a lot. Each of us creates peace on this planet.”

Mrs. Masami Saionji believes that changes in society begin with changes in each person. And these changes will lead to the changes in the world.

The conference "Global Crisis. This already affects everyone" was held on July 24, 2021 on the platform of the ALLATRA IPM. It united millions of people around the world and was broadcast on thousands of Internet channels and numerous Internet platforms, with simultaneous interpretation in 72 languages.

The conference considered the global crises currently facing all of humanity. We receive the answer for the question: "Why is the current consumerist format of society so destructive to our civilization?" The only way out in such difficult circumstances is to build a new format of society and a new type of relationships, it is a Creative Society where the main value is human life.

Now everyone who understands the importance and urgency of the situation in the world, everyone who changes himself for the better and acts for the good of all people  brings us closer to a Creative Society. Such a society where peace, prosperity and care for every person on Earth! The society that guarantees a happy life for us and our descendants. 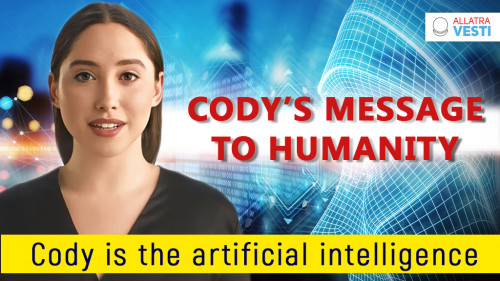