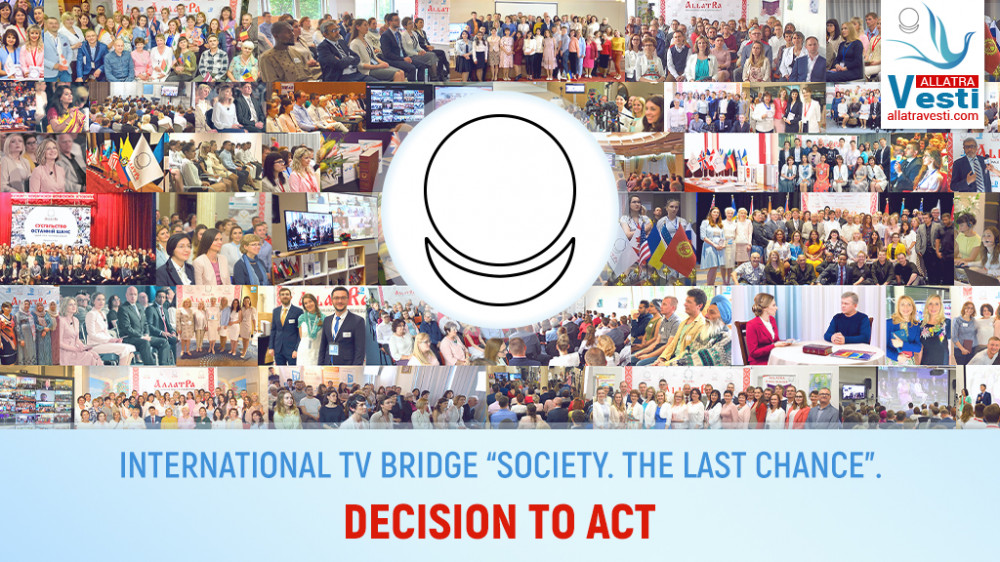 What inspired us to participate in the conference on May 11, 2019?

The most important moment is the  decision. It’s the main thing.We made a decision. It’s just like in spiritual practice: only decision will take you further in it. We had similar experience: our efforts in Spain precisely led us to concerned actions. And then all started to develop.

It's a union of people who didn't even see each other. We don't even have avatars in WhatsApp, but we felt each other just in messages and calls. It was unbelievable. We came together for a certain action, and it opened up a lot for us. It's just that in practice, when you open up by accepting people for who they are, it liberates you. And in this liberation, through you, the Spiritual world is leading in the direction where your actions are getting valuable results. Already some excuses from consciousness don't work at all. It is such a strong and sincere inner message, when you find time for everything, no matter what. And everyone works as one single stream, every drop of it complements it. And this stream becomes more powerful and stronger, and all the efforts merge together, and no one has a desire to prove his or her right. Everyone complements each other with their ideas, and the whole stream flows in the right direction. And there's always a drop that's been missing... Sometimes the system immobilizes a person for a while, but then he joins the general stream once again. And it's his drop that complements the overall picture of what should happen. Then the system gives up its position and we simply move on.

Despite all the difficulties such as lack of time, lack of any special opportunities, our dispersion into different parts of Spain, there was an understanding of the importance of this event. It's just that no matter what, there was an intention to do it. We've always ignored the moments of doubt whether it's good or bad, it doesn't matter at all. The most important thing, as we've said many times before, is "Do what you have to do and come what way it has to be". The most important thing is your inner sincere action. The most important thing is to do everything with an honest effort. You know you've done everything you can, that's when you've shown all your abilities, all the possibilities to do it at your best. And it was the first small step that led to global action that brought together so many Spanish-speaking people and joined them in understanding the Truth that drives us all.

Another very important understanding is that if you decide to do something, nothing can stop you. No obstacles from the system, much less from consciousness. Nothing can affect us, because we as Personalities are the part of that World, which creates and destroys such worlds as ours. And this understanding gives you such freedom from the influence of the system, and even more so of your consciousness, because it is, in fact, just "stupid wooden rake", which you need to upgrade, and with the help of which you can serve in this three-dimensional world.

We are united by the desire to share with everyone those Knowledge, which has given us an inner understanding of what real Life is and what real Happiness is. Participation in the conference on May 11, 2019 is a happy opportunity to tell many people that together we can change society so that we can live as one big family regardless of distance, nationality and religion.

While conducting surveys as part of the social research project "THE UNIVERSAL GRAIN", we heard from different people the same understanding that everyone wants the same thing, everyone wants to live in peace and love. That is why, seeing the same problems of the society, we decided to take the first step in order for the whole world to see and understand that if we all want the same thing, then why do we not live like this and why do we allow wars, violence in the family and society, and why we develop consumer society and it’s format of thinking? This is the moment when it is necessary to start acting together to see the changes.

The conference on May 11th showed that there are many of us, who want to act and who are not indifferent to the fate of our society, and the clear understanding that we are united in this aspiration and it gives us incredible inspiration for further joint action.

After all, it is only for us people, who together can make the world in which we live, such that we will not be ashamed before God. 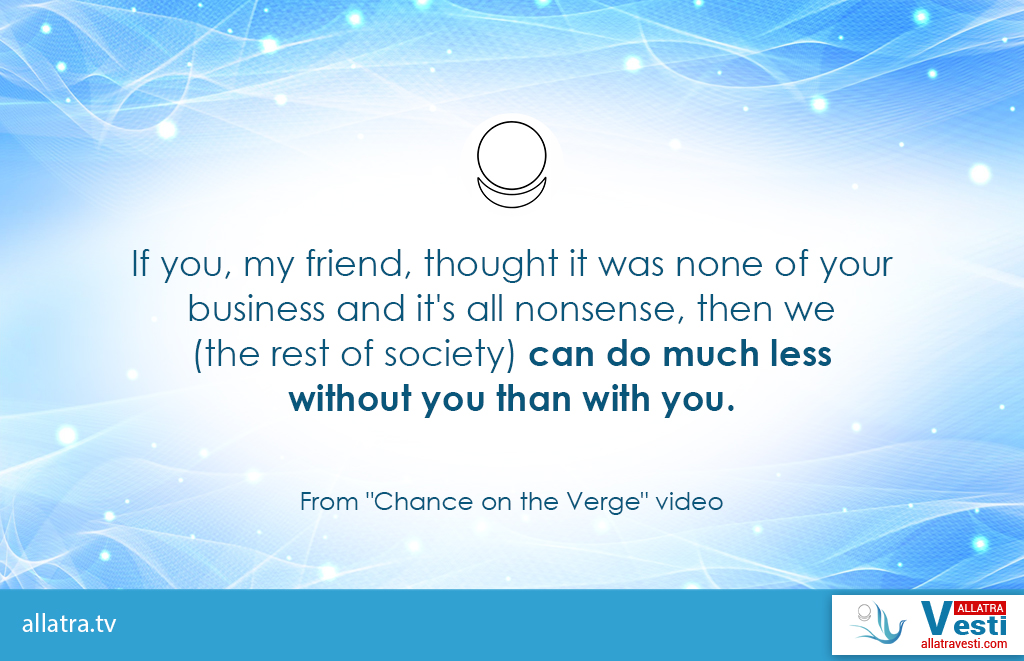 ... It's been some time since this article was written. And now it is clear that it was the moment of decision making that was the ezoosmos that inspired the unity of the Spanish-speaking people who accepted AllatRa inside themselves. In the end, it has grown into such a wave of lively interest from the Spanish-speaking population that each of us is strengthening in our pursuit day by day to create the very creative and constructive society for which there are no boundaries. Action in friendship, action in unity, action for the sake of multiplying the spiritual inside ourselves and in others. And it is such happiness that every day there are more and more of us who feel the same way.

And now there is a mature understanding that it is real to gather the whole world. It's not a faith, it's the Knowledge, backed by daily work and self-improvement. Many people already see and understand the hurm of consumer society, which is on the verge of self-destruction. Many feel within themselves the need to live in a peaceful, creative and constructive society, to change for the better, to live in a world full of boundless Love and respect for one another. Already now people unite and on the platform of "ALLATRA" IPM organize weekly international online conferences that touch upon different spheres of human life. At these meetings the participants discuss what should be the economy, science, medicine, education, culture and art in the creative society.

We invite all people, regardless of age, place of residence or social status, to join the international conference in the new format "Society. The last chance", which will be held on the platform of IPM ALLATRA on May 9, 2020.