LIFE. The Truth is One for Everyone. Release 3

Translation is available:
LIFE. The Truth is One for Everyone. Release 3 A unique program with Igor Danilov, understandable without any words. The spiritually filled silence. Simply LIFE! 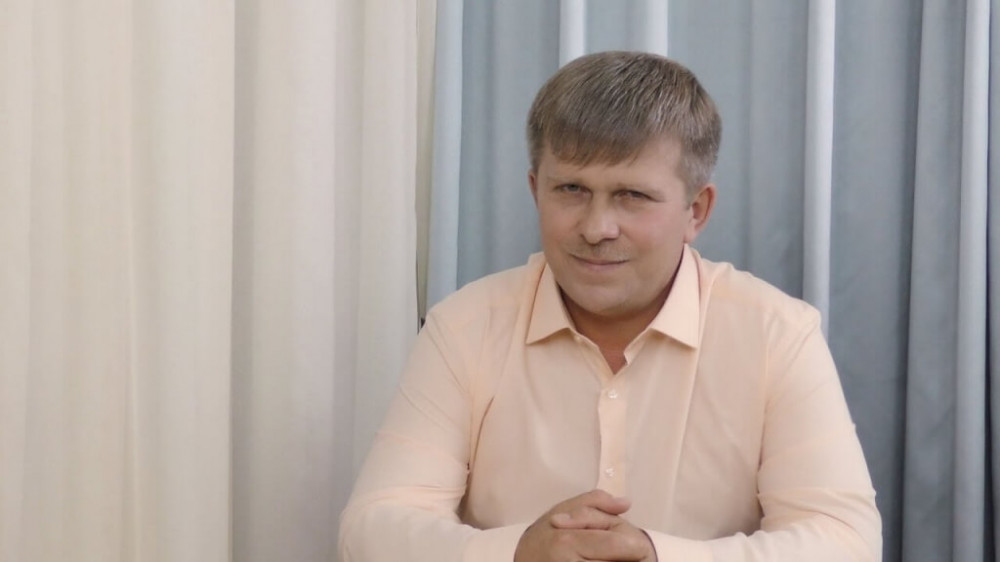 A unique program with Igor Danilov, understandable without any words. The spiritually filled silence. Simply LIFE!

A unique program with Igor Danilov, understandable without any words. The spiritually filled silence. Simply LIFE!

Understanding the need to prepare contents of this programme according to our website tradition, I wanted to write down a single word for every broadcast second – LOVE. The words sounding from the screen are surely important, but they are secondary. This programme is an open Gate to the Spiritual World generously endowing everyone who’s open to God with abundance of His Love…


0:37 Hindu greeting Namaste is an imitation of what was done by those who felt and greeted each other with no words.
2:15 If people felt the spiritual nature in themselves, they would be aware of it in others, and in such case people would never say a bad word to one another, not to mention any bad deed.
3:05 How a person can realize he or she is a spiritual being
3:30 How consciousness works in one’s sleep and at awakening
4:47 Consciousness as a bear. Training consciousness
6:00 The spiritual way is one, and there are numerous paths leading to it.
6:32 How people can realize they are controlled by consciousness at a given moment
7:00 Questions from consciousness and its tales about the spiritual way
7:30 If one performs a spiritual practice by means of consciousness, he or she is standing still.
8:51 What the true life is. What the sense and happiness of life consist in
11:17 Does a human being possess anything?
13:00 All people are good. It’s consciousness that makes them bad. An example with a car driver
14:55 There is nothing void. There is no difference between thoughts and the reality. The system takes away people’s attention and time, devouring their real life.
16:22 The main goal of the system is eating. It has neither morals nor values. Human life is nothing for the system. The system is the enemy of the spiritual.
17:10 People don’t think of how their consciousness works.
18:15 An experiment with the cow word. Consciousness works identically in all people.
21:00 People and any point in this Universe are easily felt from a distance.
21:40 The system meticulously weighs if a person should get anything from it.
22:35 What magic is
23:00 If you don’t load consciousness, it will load you. The only way to restrain consciousness
25:20 If you don’t resurrect while your body’s living, you won’t ever resurrect after its death. Sleeping or dead
26:30 You won’t get away from the matter if you have served it throughout your life.
27:10 Fractality of the inner drama of people in society, geopolitics, climate… Everything’s interconnected, and people just fail to understand this.
28:20 If people are reconciled with God, they will achieve reconciliation between themselves as well. When you are in true unity, other person’s victory is your victory, and somebody else’s pain is your pain.
29:40 In all religions only separate individuals described the experience of real contact with the Spiritual World. It’s possible to let a person feel, when he or she’s open. In such case he / she will perceive.
32:40 Is it possible to lose one’s mind of love. Consciousness is the major enemy on the way to Life.
34:00 Rumi’s example regarding a king’s messenger
35:15 When consciousness gets horrified, while personality feels an incredible happiness?
36:23 Why people seek a guru or mentor
39:00 Why some people feel hatred and rage towards spiritually strong personalities
40:00 A striking difference between the Spiritual World and the material world. An example with a home
41:35 Fear and self-protection. Argument with oneself
42:20 The Spiritual World is ruinous for the matter like fire for paper.
42:47 The choice is to fear or to love.
43:25 The Bible verse about perfect love.
44:24 People have everything they need. In any religion there are indicators of the way. There are no bad religions.
46:05 Everybody’s waiting for bliss to come, but it’s already here. People should be honest with themselves.
47:24 The spiritual way is not a feat, but a natural process.
48:05 What a morning starts from for a person who has chosen the spiritual way.
48:25 A saying from the Good Nature about Love and fear. God is Love and happiness. Fear of God
49:48 Consciousness is worse than Ivan Susanin. The freedom of choice
51:27 A verse from the Holy Writ about rivers of the living water
52:45 Residing in the three-dimensional world, one shouldn’t let three-dimensionality inside oneself. The task is simply to Live. Not to evaluate, not to discuss
54:30 A non-repayable loan. The Spiritual World is absolutely generous, and God loves everybody.
55:35 Archimandrite Sophrony’s saying about God
57:00 What the process of service is about
57:37 Attention never diverted from God
59:55 Isaak the Syrian’s words about God. Even a step is unnecessary.
1:00:37 The stage which is the most difficult to describe. Being a source
1:03:40 Seclusion. Escape from the world. The genuine sense
1:06:15 If a person who serves the system is nearby…
1:07:25 A parable about the Teacher and pearls
1:10:20 Lines from the Good Nature about thoughts and prayer
1:10:52 A person can reach that world in a flash. A hand offering water to the one who’s dying of thirst… 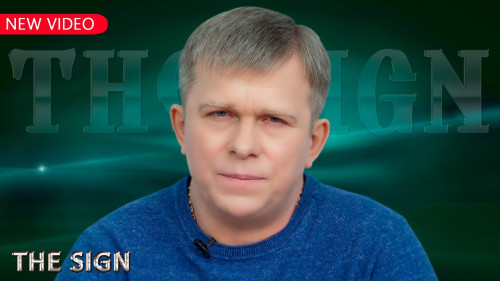 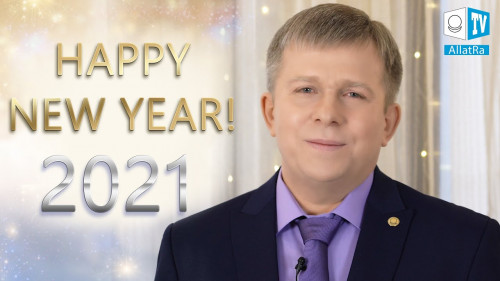 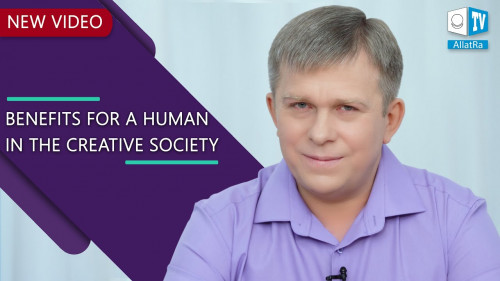 NEW VIDEO Benefits for a Human in... 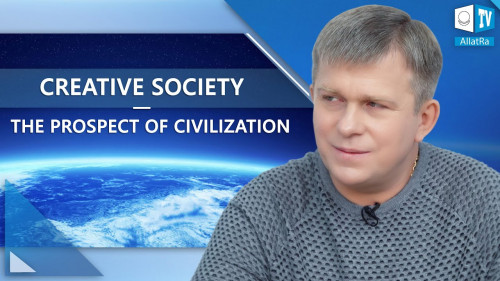 Creative Society: the Prospect of Civilization 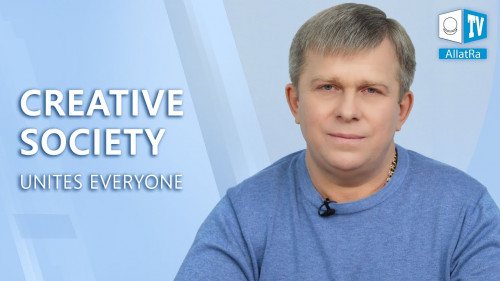 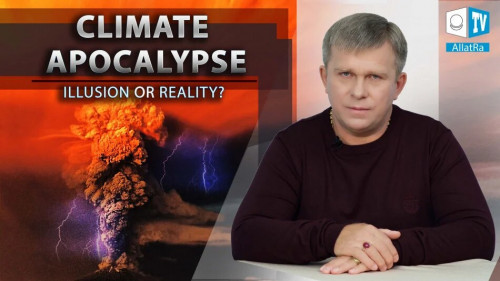 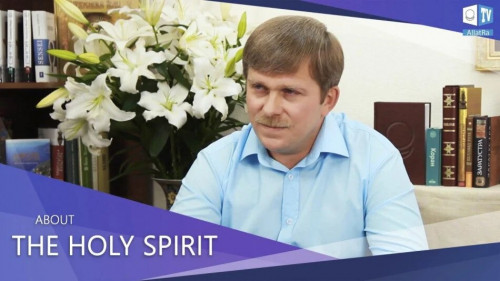 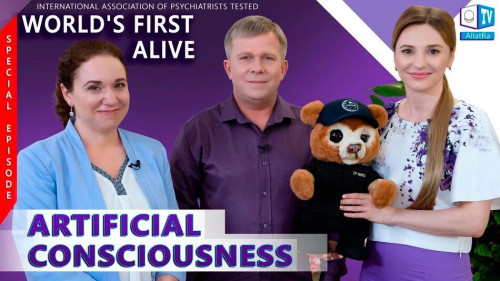 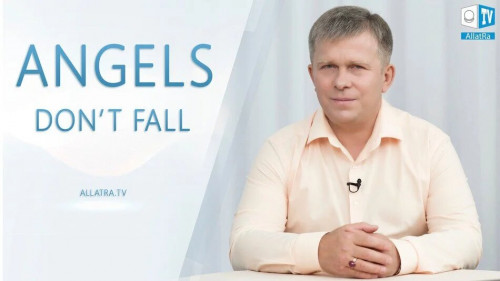 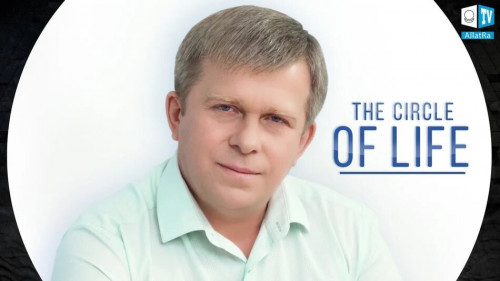 The Circle of Life (English Subtitles) 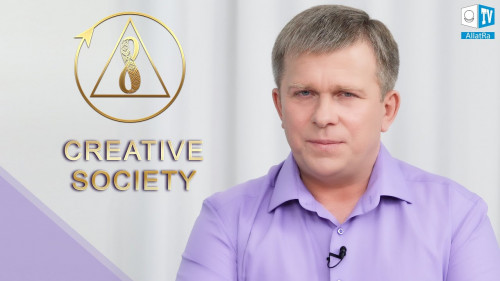 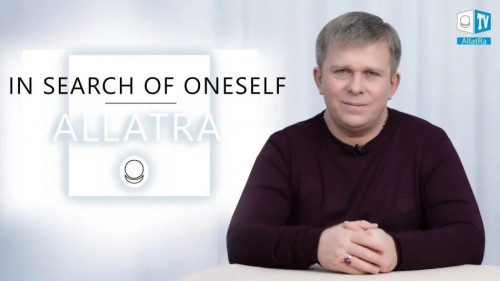